Live music dates so far, for your diary

Sunday Soul is back 8th May 1-5pm with DJ Rossi


Thursday June 2nd (bank holiday) The Styles boys are back!

The Falcon Inn has free Wifi throughout.

Coffee and a Danish Pastry

OPEN FROM 8.30AM SERVING

The History of Denham Village

The village, which lies on a lane just off the Oxford Road and has a station on the Great Western and Great Central Joint railways, must at one time have been of much greater importance than at the present day. During the ownership of Westminster Abbey there is constant reference from the early 13th to the 15th century of land in the burgo of Denham, and in the late 13th and 14th centuries the expression burgagium is used as in a charter dealing with lands extra burgagium villae. The charters in which these expressions occur are included in the Harleian collection at the British Museum, and are given in many cases in extenso and also translated in the Rev. R. H. Lathbury's History of Denham. Mr. Lathbury has also had access to the numerous deeds preserved at Westminster dealing with Denham, and from these, court rolls, ministers' accounts and other early documents, which he transcribes in full, has written a valuable history of the parish, giving full details of the descent of the various properties from the earliest known dates. 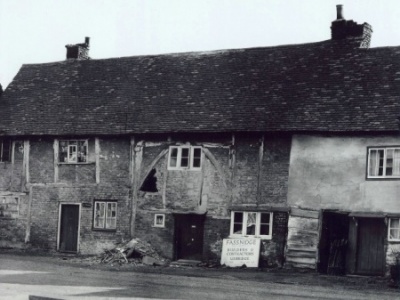 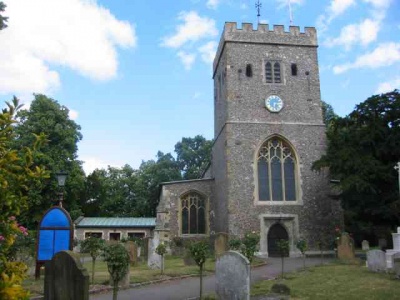 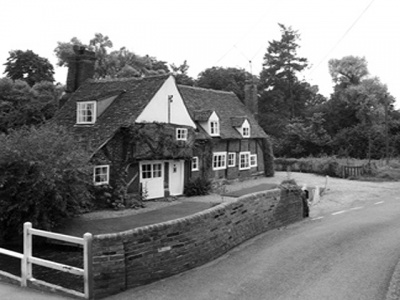 The Falcon Inn was called Emmots Deye when Henry V111 came to the throne & was in turn held by Richard Curtis, Thomas Falx & John Maskel. John Maskel was succeeded by his son James who died in 1573. It must have been a valuable property and a prosperous beer house because John’s grandson Robert paid a £2 fine on entry, an enormous sum in those days.

The Court Rolls are incomplete & we next hear of Emmots Deye in 1623 when it belonged to Robert Bowyer, the brother of Sir William Bowyer, Knight of the Realm, who had purchased the whole Manor of Denham.

Sir William had little difficulty in persuading the College of Arms to confirm their ancient family armorial achievements and so Robert Bowyer’s property formerly Emmots Deye, and now The Falcon, bore its name from the crest registered by the Bowyer family, “A Falcon rising”.

The Falcon has been serving excellent Ale & Fayre since those early days of Richard Curtis right through to the present time, being well reputed as an excellent Bed and Breakfast in Denham. Very little alteration has taken place & it retains its old world charm. The Bedrooms with their exposed beams & ensuite facilities, together with the wonderful ambience of the bar, make this the place to spend the weekend and enjoy the local countryside. Alternatively, for those conducting business locally, our AA 4 STAR accommodation in Denham will ensure a comfortable nights stay.